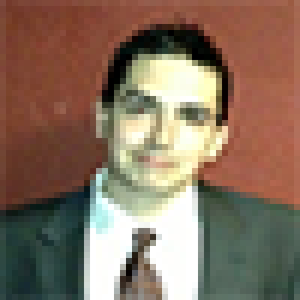 BOSTON — Members of the 104th Air National Guard unit in Westfield were called
in Sunday to help quell riots that erupted in the state’s capital.

A Barnes ANG Base official confirmed to The Republican that its members were deployed to Boston on Sunday.

Protests have taken place across the United States over the killing of a black man, George Floyd, in Minnesota last week during his arrest by white police officers. An officer, Derek Chauvin, has since been charged with third-degree murder and manslaughter.

Multiple protests were held throughout Boston on Sunday. But the largely peaceful protests turned violent at Winter and Washington streets by 9:30 p.m. and officers had frozen water bottles, bricks and rocks thrown at them, according to Boston police.

There was an additional report of violence against officers on Tremont Street, and calls shortly after 10:30 p.m. for crowds to disperse at Boston Common and Downtown Crossing.

There were widespread reports of looting.

“Those now protesting in the streets of Boston have surrendered the moral high ground as efforts to hurt and harm police officers continue to intensify in our city. Men and women of BPD doing their best to restore order and keep the peace,” the BPD tweeted.

They added, “Every law abiding citizen in Boston should be praying for the safety and well-being of our officers. To be clear, our officers are fighting to protect our city from those who came to Boston looking to disrupt a peaceful protest and hurt and harm police officers.”

Several police vehicles were reportedly damaged and at least one set on fire, according to an Associated Press photographer and a Boston TV station.

The arrival of National Guard vehicles in Boston was captured on video and shared on Twitter after 11 p.m.

On social media, there were calls for crowds to disperse with the arrival of the National Guard. One user tweeted, “The National Guard and SWAT teams are being deployed in Boston, BE SAFE AND WATCH OUT.”

In a statement, Mayor Marty Walsh said, “I want to thank the officers of the Boston Police Department and all of the public safety agencies for their professionalism tonight. They are working hard, as they always do, to keep our city safe and treat our residents with respect. I am angered, however, by the people who came into our city and chose to engage in acts of destruction and violence, undermining their message. If we are to achieve change and if we are to lead the change, our efforts must be rooted in peace and regard for our community.”

Gov. Charlie Baker called the actions by looters and rioters “criminal and cowardly.”

“I am deeply thankful for their voices and their positive, forceful message,” Baker said in a statement. “I also want to express my gratitude to all the police officers and other first responders working to protect the people of Boston from the individuals whose violent actions, looting and property destruction was criminal and cowardly – and distracted from the powerful statement made today by thousands of Massachusetts residents.”

What Convictions Keep You From Being a Security Guard?

Security guards serve to guard and protect, much like a police officer. According to dictionary.com, a security guard is a uniformed officer

Whether its a big event open to the public, or a private event (corporate, family, etc) there may be a call to

Officers everywhere are turning in their badges and guns.  This whole “abolish the police agenda” might actually come true. Cops across the

Nationwide Security Guards puts out a security newsletter and discounts every so often with useful security information.  Signup now!